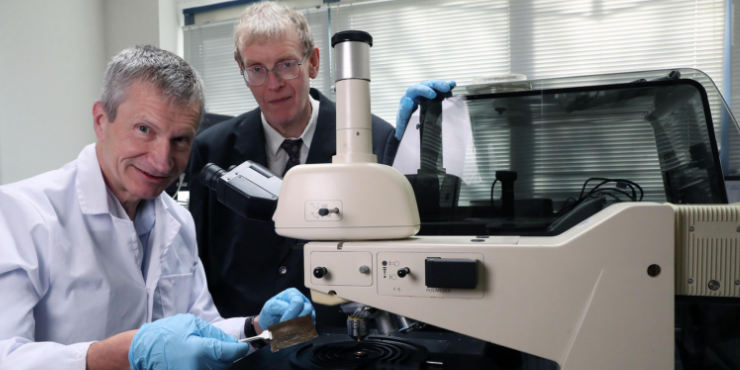 Picofluidics Ltd, a medtech company based in the Cardiff MediCentre at University Hospital of Wales, has completed its proof of concept testing for a breakthrough microneedle patch that could transform the way that patients receive certain medicines.

Set up in 2009, Picofluidics carries out its research, development and manufacturing at the MediCentre, a joint collaboration between the University Hospital of Wales and Cardiff University.

Following many years of laboratory work recent trials have confirmed the attainability of Picofluidics’ plasma treatment technology, which enables the cost-effective production of many thousands of microneedles that are thinner than human hair.

These microneedles are able to deliver medicine more effectively than traditional hypodermic needles and are much more comfortable for the patient. There are many potential uses for microneedles, from the virtually pain-free injection of medication such as vaccines or insulin, to intradermal fluid removal for diagnostic purposes and the early detection of disease. Their shallow penetration depth means that microneedles are also well suited to deliver treatments to localised skin problems, such as certain forms of skin cancer.

Although microneedles have been previously available on the market, Picofluidics’ technology can be produced at approximately one-tenth of the cost of those currently on the market, making it a more viable product for mass usage.

With the help of colleagues at Coventry University and funding from Innovate UK, Picofluidics can now forge ahead and take the patch to market.

“Microneedles have long had the potential to revolutionise healthcare globally, but the process of manufacturing them has until now been commercially prohibitive. Ours are produced at a radically reduced cost – something that is hugely important in the context of their widespread use. If you consider that the US consumption of needles for insulin alone stands at more than a billion needles per year, the scale and potential speaks for itself.”

“We are now looking to collaborate with partners to commercialise our technology and roll out the benefits to patients.”

Dr. Justin John, Business Incubation Officer at Cardiff Medicentre, said, “John and his team have been Medicentre tenants since 2010 and it has been a pleasure to support the company in its growth. It is always great to see ideas being brought to life, and I have every confidence that in a few years’ time the technology that Picofluidics has harnessed will be in common use throughout the healthcare community.”

This site uses Akismet to reduce spam. Learn how your comment data is processed.